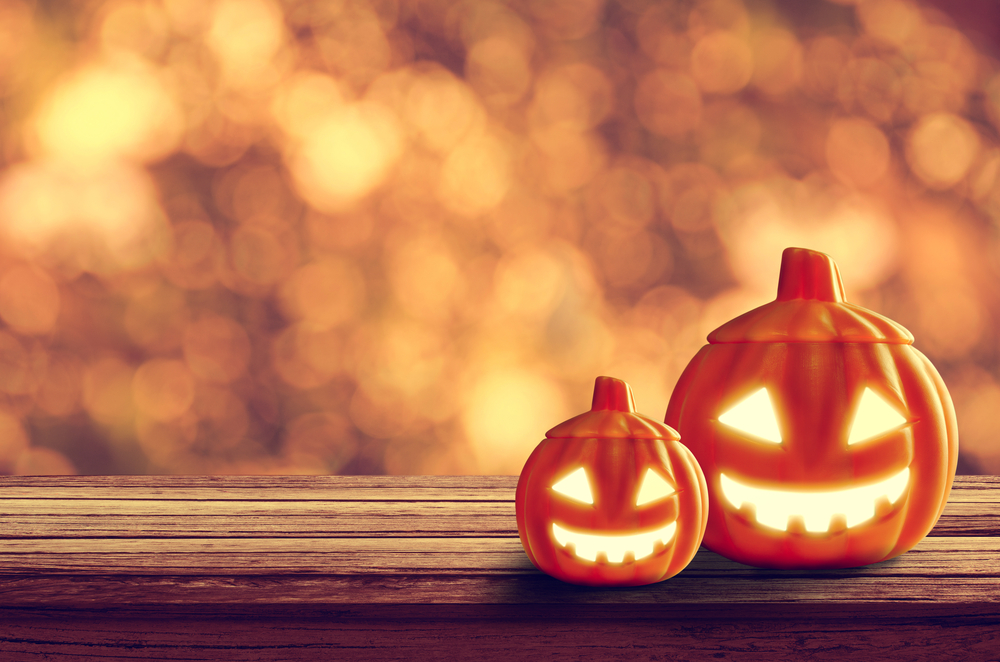 Manchester is an outstanding student city, and boasts the largest population of students in the whole of Europe, making it one of the most popular places to study English. This month though, many students will start to notice some scary goings on throughout the city as we head towards the annual holiday of Halloween, on the 31st of October.

If you’re thinking of enrolling on a English speaking course in Manchester, you may be unaware of what this spooky season is all about, or perhaps you’re just after a bit more information on how these frightful festivities first began. Well here at NCG, we’ve got you covered, as we explore a brief history of Halloween…

Halloween’s earliest origins are thought to date back to ancient times, when Celtic tribes inhabited the lands of what is now Ireland, the United Kingdom and northern France some 2,000 years ago. Tribes used to celebrate their new year on the 1st of November, as this marked the end of the summer harvest, and the beginning of the colder, darker days of winter.

It was believed that the night before the start of the new year caused the boundary between the living world and that of the dead to break. Therefore on this night, the Celts celebrated the ancient Gaelic festival of Samhain (pronounced sow-in), meaning “end of summer.”

Samhain was all about commemorating the day that the spirits of the dead would walk the earth. So to prepare for the ghostly mischief, wood was collected for huge sacred blazing bonfires,  built by the druids. They were made to create a light against the growing darkness, and villagers would gather together around them to burn crops in sacrifice to their agricultural deities.

Druids or Celtic priests would make predictions and prophecies, which came is a comfort for a people that were so dependant on the volatile natural world. Special costumes were worn by the Celts during the fiery festival, usually consisting of masks made of animal heads and skins, to scare off the ghostly visitors. Villagers would take embers from the communal bonfire home to re-light their own hearth fires, in order to give them protection during the winter.

Now you can start to see where the ideas of Halloween costumes, “trick or treat” and Jack-o’-lanterns started to form.

Invading Romans had conquered most Celtic territory by 43 AD. During the centuries in which they controlled the lands, a couple of festivals of Roman origin were mixed into the Samhain celebrations, Feralia and Pomona.

Feralia marked the time in which the Romans would commemorate the passing of the dead, and during Pomona they would honour the goddess of the fruit and trees. Pomona’s incorporation into Samhain is thought to have influenced the modern Halloween tradition of “bobbing” for apples, as the symbol of Pomona is the apple.

The Christian church didn’t take too kindly to the rituals of the druids, and wished to replace the old festival with a church-approved holiday. The seventh-century Pope Boniface IV had already established All Martyrs Day as a Catholic celebration, and this was eventually expanded to include all the saints as well. He designated the 1st of November to be known as All Saints’ Day, in honour of all saints and all martyrs.

Christianity’s influence spread rapidly throughout the Celtic lands in the 9th century, replacing the older rites and rituals. The 2nd of November was made into All Souls’ Day by the church in order to honour the dead. All Saints’ Day, which came the day before, was also known as All-Hallows. Meaning the night before that, which had traditionally been the Samhain festival, turned into All-Hallows Eve, and eventually this was shortened to Halloween.

Skipping forward by quite a few centuries and we get to the merging of different beliefs and customs from various European ethnic groups, as well as the Native Americans, during the time of colonial New England. During the second half of the 19th century, millions of Irish and other Europeans emigrated to America. It was the Irish in particular, who helped to popularise the more modern celebrations of Halloween we recognise today.

Traditions were brought over with them, such as the ancient practice of carrying embers home from the communal fire. Back then they used hollowed-out turnips to transport the embers, and according to Irish folklore, a man named Stingy Jack used a turnip lantern to escape the devil. The turnip was eventually exchanged for something far easier to carve when the Irish came to America, a pumpkin. However, Stingy Jack’s name would live on, as the pumpkins became Jack-o’-lanterns.

After borrowing from old Irish and English traditions, Americans eventually started to dress up in costumes and travel from house to house in a neighborhood asking for food or money, much like the modern day trick-or-treaters. Young women even used yarn, apple parings or mirrors to predict the name or appearance of their future husbands.

By the beginning of the 20th century, Halloween had lost most of its superstitious and religious overtones, and had become more of a fun community celebration where friends and family could get together.

This spooky holiday, which is deeply rooted in myths and ancient traditions, has over-time evolved into the huge world-wide commercial holiday it is today. Complete with parties, festive costumes, and exciting events.

Are you interested in our English Language School in Manchester?

Then you can Apply to study at NCG today, or simply contact us for more information.