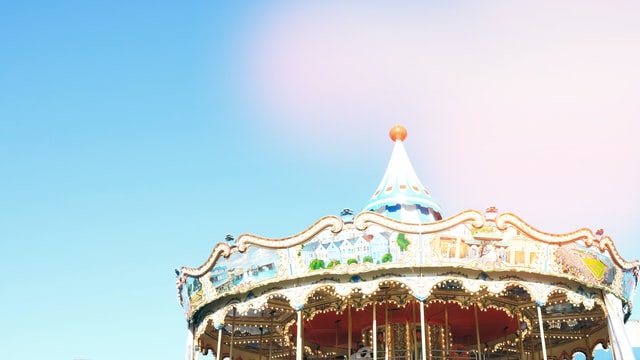 Recently, at NCG we held a short story competition among our students. While all of the stories submitted were interesting and unique in their style, there is one that really took our attention. Enjoy reading the competition winner – Fatemah’s story.

On a Saturday night, a father took his four kids to play at the amusement park. The kids loved going there, it had all their favourite snacks, games and rides. Their ultimate favourite was the merry-go-round. It had been their favourite ever since they were younger because each of the seats had one of their favourite animals.

On that night, they went later than usual and everyone knew that you shouldn’t ever stay until closing time. It was around 10 PM when they started playing there and about an hour later the father got an urgent call and he had to leave. The children begged their father to stay some more since they hadn’t had enough fun and they argued that he could trust the people who worked there to watch them. After reminding his kids about how they aren’t supposed to stay past closing time they didn’t bother to listen and they said that it was just a myth.

The father ended up leaving them and when another hour passed, it became closing time and the kids began to get scared. They usually sleep by that time, yet here they were at the park. One of them cried out loud and started pointing out that the merry-go-round animals had changed. They turned into scarier versions of the animals and one of them even turned into a dragon! The ride started spinning faster and the kids started crying for their father.

Time has passed and the father finally went to collect his children. He found them all sleeping next to the merry-go-round. The next day they told their father about how scary the rides are at night as he laughed to himself knowing that it was simply their fear that made them imagine that since it was in fact a myth.