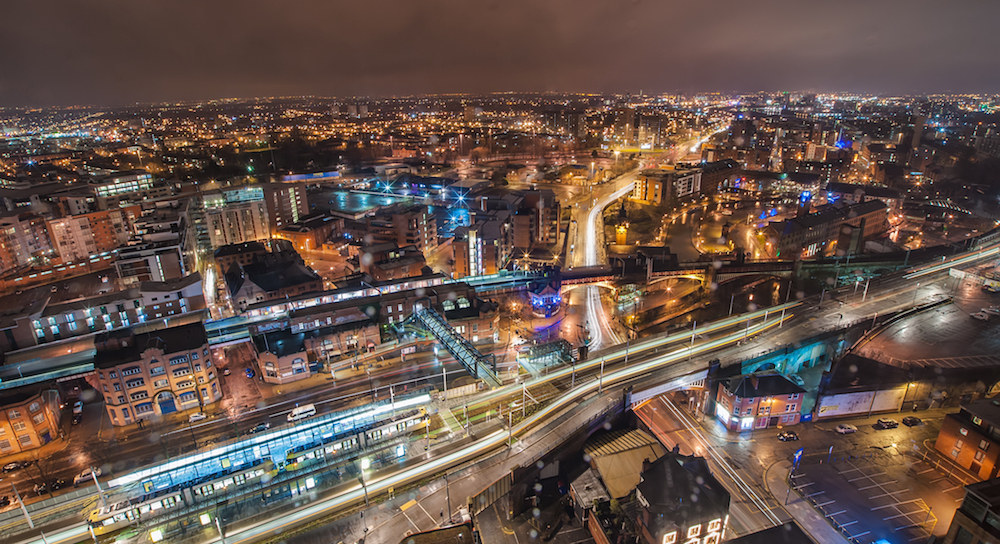 You can enrol on our English language course in Manchester and get the chance to study English in a truly captivating city. The UK’s second largest city was once known as Cottonopolis during the time of the Industrial Revolution, and was even the place where the world’s first ever computer was put together.

It’s a city with a thriving culture and proud history. We wanted to dig up more details of the place that’s home to one or our English Language Schools, so here’s 5 fantastically fun facts about Manchester…

1 – The birthplace of the meat-free diet

Vegetarianism having its roots in a place called the Beefsteak Chapel doesn’t sound very plausible, but thanks to the aptly named Reverend William Cowherd, it seems that it did. The tiny chapel was the place that the cleric preached to his flock about the virtues of vegetarianism, over two hundred years ago.

At a time when many impoverished people were consuming the cheapest meat, the followers of the chapel instead adopted a meat free diet, and went on to form a Vegetarian Society in the city.

2 – Truly the home of football

Manchester may be seen by many as being one of the most famous football cities in the world, with it being the home to two of the biggest teams, Manchester City and Manchester United. However, the city is also credited with the founding of the world’s first professional football league.

In 1888, the founding Football League was set up at the Royal Hotel, and it originally ran from the autumn of 1888 until the spring of 1889. Twelve member clubs from the Midlands and North of England all competed in the first league, including Bolton Wanderers, Aston Villa and Everton.

Manchester is home to Chetham’s Library, which was first opened back in 1653, and is the UK’s first ever library that was open to the public for free. In fact the library is actually the oldest public library in the English-speaking world, and is still open today.

The sandstone building that houses the library, was built to accommodate priests from the city’s Collegiate Church, and dates back to 1421. Beginning its collection in August 1655, the library now holds over 100,000 volumes of printed books. The vast collection includes ephemera, manuscript, letters, paintings and more.

That’s right, Manchester has been consistently voted the best UK city to live in, for the past several years. The Economist’s Global Liveability Survey is published every year, ranking the living conditions of 140 cities around the world. Manchester has been beating competition from the likes of London, Birmingham, Liverpool and more for years.

Manchester’s ranking as the best UK city to live in is a testament to the resilience of the city and its people following the Arena attack last year. The survey ranks cities on a number of different factors, including crime rates, education, and healthcare access, along with political and social stability.

5 – Where the atom was split

In yet another first, Manchester was the sight of the very first splitting of the atom. Nobel Prize winner Ernest Rutherford was the one who accomplished the atom split in 1917 at the University of Manchester.

The University named its physics lab The Rutherford Building in honour of the British physicist, and the historical scientific breakthrough resulted in the development of nuclear power and cancer-fighting radiotherapy.

There are plenty more fascinating facts about Manchester where they came from, and these are just part of what makes the city such a spectacular place to study English.

Are you interested in enrolling as a student at our English Language School in Manchester?

Then Apply to study at NCG today, or contact us to find out more.