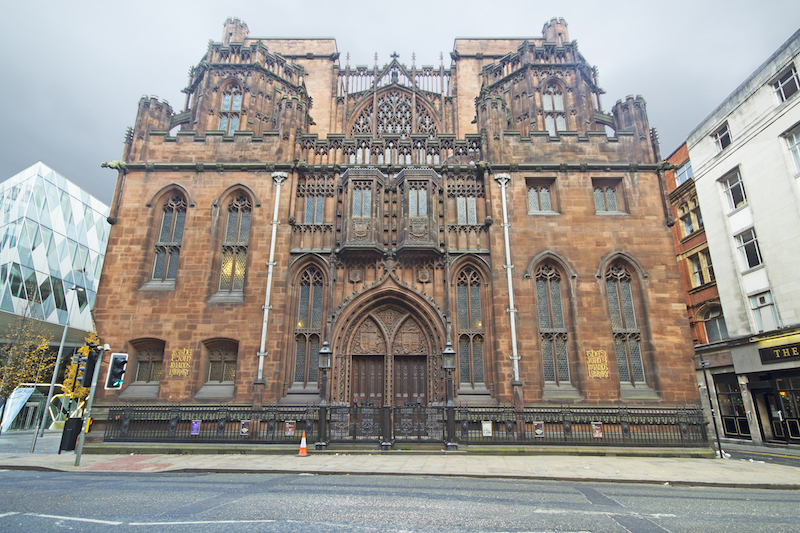 5 Historical Buildings To Visit In Manchester

Manchester is a city that’s proud of its heritage. With a strong link to the Industrial Revolution, Manchester has been an important historical venue for decades. While you’re studying English at our English Language School, there’s a great opportunity to brush up on the history of Manchester. Here are five of the best historical buildings to visit in the city.

Facing St Peter’s and Albert Square, the Town Hall is one of the most impressive landmarks. It was built in 1877 by the architect Alfred Waterhouse, replacing the old town hall on King Street. The building has grand ceremonials rooms like the Great Hall, which features the Manchester Murals, created by the artist Ford Madox Brown. The murals show off the history of Manchester, so you’ll be able to learn a lot.

You won’t be able to miss the John Rylands Library because it looks like an old castle. Found on Deansgate, the library was opened in 1900. The architecture inside the building is beautiful, with stained glass windows and wide corridors. The library has a special collection of medieval books, as well as a spacious reading room on the top floor, where you’ll be able to study in peace.

Manchester Cathedral is a gorgeous building, dating all the way back to 700AD. This comes from The Angel Stone, a small carving of an angel found inside the cathedral. The building has been damaged over the years, such as when the original stained glass windows were destroyed during the 1940 Manchester Blitz. But the building has been restored to look better than ever before.

Longford Hall is linked to the English businessman, John Rylands, who had the library named after him. The building can be found in Longford Park in Stretford, which is a great place to relax. Once you’ve walked around Longford Hall, you can explore the local gardens and enjoy the scenery.

Visiting the home of famous writer Elizabeth Gaskell will benefit anyone who’s interested in learning English. Gaskell wrote books such as North and South that shone a light on Victorian society and she’s remembered as one of the greatest authors in the world. The house was built between 1835 – 1841 and Gaskell lived there until her death in 1865.

You can learn all about Gaskell’s work and walk around the Victorian-styled rooms. There are regular events held all year, so you’ll be able to appreciate the history of the place.

Manchester is a great city with so many interesting places and buildings to visit should you choose to study English languages at NCG.